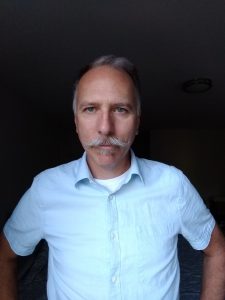 His first book, Rescaling International Political Economy (2005), studied the role of subnational states in the operation of neoliberal globalization. The argument turned on how different class coalitions at the local scale seek to carry out different globalizing economic development strategies. His third book, From Toleration to Equality: How Elites Brought America to Same-Sex Marriage (2018), shows how the normalization of homosexuality and same-sex marriage in the United States has been a class project rooted in American elites’ lived experiences, their political interests, and their ideologies, particularly managerialism and diversity.

“The ‘civic’ road to secession: Political ideology as an ethnic boundary marker in contemporary Scotland.” Nationalism and Ethnic Politics 26 (2020): 167-182.

“The republic’s glue loses its stickiness,” The American Conservative, September/October 2021, 12-14.

“The global community is a fantasy,” The American Mind, 9 January 2020.

PSCI 11: The Gospel According to U2
PSCI 15: Catholic Political Economy
MUS 12: Gregorian Chant

Covid-19 is an ongoing concern in our region, including on campus. Safety measures are in place, and campus community members and guests are additionally advised to take personal precautions. See the college's Covid-19 website for information about campus policies. For the latest research and recommendations from the CDC, visit cdc.gov/coronavirus.